It’s hard to imagine American life without pro football. It’s even hard to imagine American life without countless commercials — including some pretty odd ones — populated by National Football League players. (On a Sunday afternoon in the fall, it often seems like half the commercials on TV have Peyton Manning in them.) Even Michael Vick, whose main claim to fame is that he did time in prison for arranging dog fights, returned last season to the ranks of commercial endorsers, albeit on a modest scale.

But as a labor dispute between NFL players and NFL owners puts the 2011 season in jeopardy, sports marketers will be wondering what consumers think of the principals in this struggle. Some recent polling gives an early indication. A Bloomberg News survey found respondents lining up with the players, by a two-to-one margin. In a partisan breakdown, the survey’s Republicans split their support evenly between the two sides. Perhaps regarding football players as a species of public employee, Democrats backed them over their owners by a five-to-one ratio. 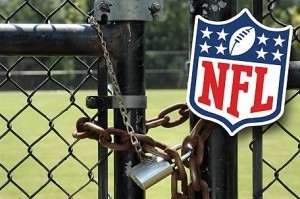 Meanwhile, an Economist/YouGov survey found its respondents expressing limited sympathy for either side when respondents were asked to assess each one separately, instead of choosing between the two. Just 14 percent said they have “a lot of sympathy” for the players in this set-to vs. the owners, with another 28 percent saying they have “some.” Twenty-six percent said they have “not too much” and 32 percent “none at all.” Then again, the owners fared even worse, with a mere 5 percent of respondents voicing “a lot of sympathy” for them, vs. 48 percent expressing “none at all.”

An earlier Seton Hall Sports Poll (fielded prior to the Super Bowl) points to one factor that could limit public sympathy for the players if this dispute drags on: 56 agreed with the owners that the players “are too highly compensated.” (In the Economist/YouGov poll, 62 percent of respondents held that opinion.) On the other hand, team owners aren’t necessarily the salt of the earth, either, and 57 percent of the Seton Hall poll’s respondents agreed with the players’ demands that owners open up their books to reveal just how much money the teams rake in.

Given all these uncertainties about the football season and those who might or might not take part in it, perhaps athletic-minded brands should think about populating their commercials with stars from a different sport.