How Will Consumers Spend their Tax Refund Windfall? 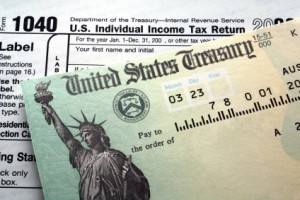 April may well be the cruelest month for Americans who find themselves writing fat checks to the Internal Revenue Service. But marketers should bear in mind that those unfortunates are more the exception than the rule. As the National Endowment for Financial Education notes, the IRS doled out refunds last year to 77 percent of taxpayers. This year, the IRS itself reported giving refunds to some 75 million tax filers as of the beginning of April, with the average check close to $3,000. In short, this is a time of year when lots of people have a windfall rattling around in their bank accounts. As a bulletin from TurboTax rather tactlessly remarks, “Often, a tax refund is the biggest chunk of money taxpayers see all year.”

So, you might ask, what are consumers doing with the money? Several surveys have posed that question. In its Spring Consumer Pulse Survey, Deloitte found nearly half (46 percent) saying they’ll use at least some of it to “pay bills/credit cards,” while nearly as many (40 percent) said they’d “save it.” Thirty-four percent would dip into it “to help pay for general living expenses.” Just 13 percent said they’d tap it for a vacation; 8 percent cited home improvements. (Multiple responses were allowed, which is why the total far exceeds 100 percent.)

Still, consumer-goods marketers can hope to see some of the refund cash. In a Capital One Bank poll, 11 percent of taxpayers said they’d spend on new clothing and accessories and 4 percent said they’d spend on “an iPad, TV or other electronics.” And in this year’s edition of its annual tax-time survey, the National Retail Federation found a very small uptick since last year (from 12.5 percent to 13.2 percent) in the number of respondents saying they’d “spend their refund on a big-ticket item.”

A tax refund can also have matrimonial consequences, apparently, as an unspecified number of respondents to a CareerBuilder survey said they’d draw on their tax refund to help pay for a wedding. If nothing else, this will introduce them next April to the romance of filing a joint return.

Will your customers spend their tax refund on your products?  If not, why not?