How effective is a “Made in America” pitch?

If American consumers are going to be receptive to a “Made in America” sales pitch, now is likely the time for it as we’ve moved into the patriotic part of the calendar: Memorial Day and Flag Day just passed by and we’re headed into the Fourth of July weekend. But do Americans regard themselves as highly patriotic? The answer depends a lot on a person’s age, to judge by an Economist/YouGov survey conducted in early May (shortly after news of Osama bin Laden’s death).

This age skew is in sync with the findings last year of an AdweekMedia/Harris Poll that asked Americans whether they’re more likely or less likely to buy a product if its advertising emphasizes that it is “Made in America.” Overall, 28 percent said they’re “much more” likely to do so, and another 31 percent said they’re “somewhat more” likely. Most of the rest said a Made in American sales pitch would leave them “neither more nor less” apt to buy (37 percent), leaving scarcely any who said they’d be less likely to buy. But the “more” total was a lackluster 44 percent among the survey’s 18-34-year-olds, vs. 61 percent among the 35-44s, 66 percent among the 45-54s and 75 percent among those 55-plus. Evidently you should skip a Made in America marketing emphasis for a brand that targets young adults, but should make the most of it for brands aimed at seniors.

Consumers who are eager to buy American-made goods may have more opportunity to do so in the years ahead. A study released early this month by the Boston Consulting Group predicts that the U.S. will “experience a manufacturing renaissance” as rising labor costs in China erode the cost advantage multinational companies have had in siting factories in that country.

In the meantime, though, buying American is often easier said than done — even if what you’re buying is an American flag. Thus, an ABC News series earlier this year (titled “Made in America”) lavished attention on the rarity of an Ohio company that does make American flags from American-produced materials. Noting that many “classic American companies” do their manufacturing overseas, an online component of the ABC News series challenged readers to take a quiz about which products actually are Made in America. Try it if you dare. 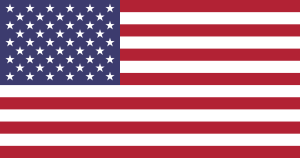