How does Osama Bin Laden compare to the Average US Boomer? 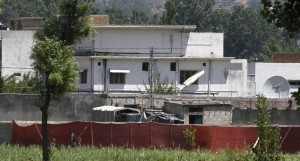 However else they feel about Osama bin Laden’s demise, Americans who shun today’s always-connected culture might have experienced a twinge of anxiety upon learning about the circumstances leading up to the raid. News reports have indicated that the absence of any Internet or phone service at his walled compound was a significant factor in leading intelligence officials to believe it was a terrorist hideout. Actually, for a man of his age (54), forgoing the Internet isn’t wildly unusual even in this country, albeit more the exception than the rule. A study last year by the Pew Research Center’s Internet & American Life Project found that 81 percent of “Younger Boomers” in the U.S. (then age 46-55) went online, which means that nearly one in five did not. But these abstainers likely differ from Bin Laden in their reasons for doing without the Internet. When Pew asked them why they don’t use it, “Because I’d be tracked down by helicopter-borne commandos” didn’t register among the answers given. Rather, the main factor (cited by 31 percent of non-users) was simply “Just not interested.” Also scoring in double digits were “Don’t have a computer” (12 percent) and “Too expensive” (10 percent).

At least one of these factors didn’t apply to Bin Laden, evidently, as the raid captured “a cache of computer equipment.” In this regard, the Al Qaeda leader was quite mainstream. Another Pew report earlier this year said 65 percent of Younger Boomers own a desktop computer and 49 percent own a laptop. By contrast, having no phone service is rare enough that it might look fishy. According to stats for 2010 from the federal government’s National Center for Health Statistics, 2 percent of U.S. households have no phone service whatsoever. What’s increasingly common, though, is for Americans to do without landline phones: The same federal report said 26.6 percent of households are wireless-only in their phone service.

As for the Bin Laden home, readers of the news likely felt that a walled compound with multiple buildings sounded ostentatiously pre-Great Recession in style – a McMansion and then some. But perhaps Bin Laden, like many a homeowner who bought when the housing bubble was at its most inflated, found himself underwater on his mortgage (hence, perhaps, the use of Navy Seals so far inland?) and stuck with a property that couldn’t be unloaded at any price. Or maybe (again, like many homeowners) he saw it as a sound long-term investment, even if the current market was as poor in the intriguingly named Abbottabad as it is in this country.

While polling shows many Americans taking satisfaction in the raid and its outcome, Bin Laden did manage one posthumous dig at American pride: He had 500 Euros sewed into his clothing, presumably to give him spending money in the event he had to make a fast getaway. Not long ago, U.S. dollars would have been the currency of choice for any international fugitive. We can speculate as to whether Bin Laden chose Euros in order to demoralize Americans in the event he and/or his clothing were taken captive.

Despite this country’s economic travails, though, its commercial spirit remains unsquelched, and the aftermath of Bin Laden’s death provides vivid evidence of this. Under the headline “Boom in sales of ‘Osama is dead’ memorabilia,” a BBC News story says, “Thousands of items of memorabilia celebrating the death of Osama bin Laden are being sold on the Internet.” Accompanying the story is a photo of a T-shirt that bears the motto, “Obama Got Osama.” Merchandise ranges from mugs to key chains to neckties. A California-based company called Zazzle is said to have sold “tens of thousands” of such products in the first few days after news of the raid became public. Thus, it may already be too late to be the first on your block to get one.