What Matters Now: The Sharing Economy

The disruptive change of the sharing economy is both a threat and an opportunity. How will you respond?

According to Pew Research, 72% of American adults have used a shared or on-demand online service. Of these individuals, 50% have purchased second-hand goods, while 20% have used a ride sharing service, and 11% have used a home-sharing service. Yet while the sharing economy is increasingly prevalent in American life, only 27% of Americans are actually familiar with the term “sharing economy.” Among marketers and the tech industry, the sharing economy is a more familiar concept, still many businesses are not prepared to deal with the on-going paradigm shift.

So what is the sharing economy anyways? 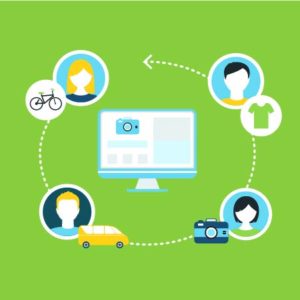 In the “sharing economy”, people rent or borrow something from someone else. In many ways, the sharing economy can be thought of as a peer-to-peer (P2P) sale of “excess”. With AirBNB, for example, people can rent out a spare bedroom, or even a couch to someone. This can be thought of as “resource integration”, allowing for the integration and use of previously untapped stockpiles of goods and free time.

The disruptive potential of the sharing economy is hard to underestimate. Already, it is disrupting financial services, transportation, insurance, and numerous other industries. An entire infrastructure is emerging to support a direct relationship between buyers and sellers.

The sharing economy is especially prevalent among millennials. For example, 28% of people aged 18 to 29 use ride-sharing services, while only 4% of those over the age of 65 use them. using this sharing behavior they have learned and to influence younger generations to do the same. This means that the sharing economy is likely to grow more popular and prevalent among the entire population as time marches on.

The Sharing Economy Is Already Reshaping the World 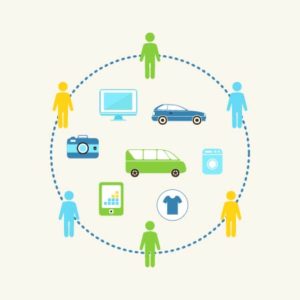 Already, the sharing economy is emerging as disruptive force on par with the emergence of personal computers and smartphones. The leaders of the sector have quickly established themselves as “titans” of industry. Uber secured a $66 billion dollar valuation this past June, and has already provided more than 1 billion rides. AirBNB, meanwhile, recently scored a $30 billion dollar valuation. Point is, the sharing economy is already big, and it’s going to get bigger.

Meanwhile, other companies are emerging that offer just as much disruptive potential. For example, LiquidSpace makes it easy to rent out excess rooms in already occupied offices. At the same time, upcoming startup Lemonade is promising to revolutionize the insurance industry by offering P2P insurance.

The Sharing Economy Is Both A Threat and Opportunity
For traditional companies, the sharing economy represents both a challenge and an opportunity. Undoubtedly, mindsets are going to have to shift. With people selling their excess time and renting their excess goods, there’s a risk that some companies may be left behind.

Taxi companies, for example, often rely on renting out cabs to drivers. Now, drivers can cut the taxi companies out and simply download the Uber app to their phone, then use their own personal car. As a result, the price of taxi medallions has collapsed in New York City. In 2014, a medallion could fetch as much as $1.3 million, now medallions are going for as little as a half million, and many drivers are struggling to sell their medallions even at those prices.

Some companies, however, are being proactive. Some hotels are beginning to offer bookings on AirBNB. General Motors bought out failed ride-sharing service “Sidecar” and invested $500 million into Lyft. Meanwhile, Amazon generates nearly half of its sales through its third party marketplace. Paypal rose to prominence by making it easy for people to send payments to each other online. Now, traditional banks and other competitors are playing catchup. Wells Fargo, Chase Bank, Google, and Apple have all launched their own P2P payment services.

The Time To Adapt Is Now
Going forward, companies are going to have to figure out how they can get involved in or adapt to the sharing economy, either directly, or by servicing people who are looking to share. Fortunately, proactive executives can reposition their business strategies and marketing efforts to take advantage of the shifting landscape.

So what can your company do to adapt to the sharing economy?